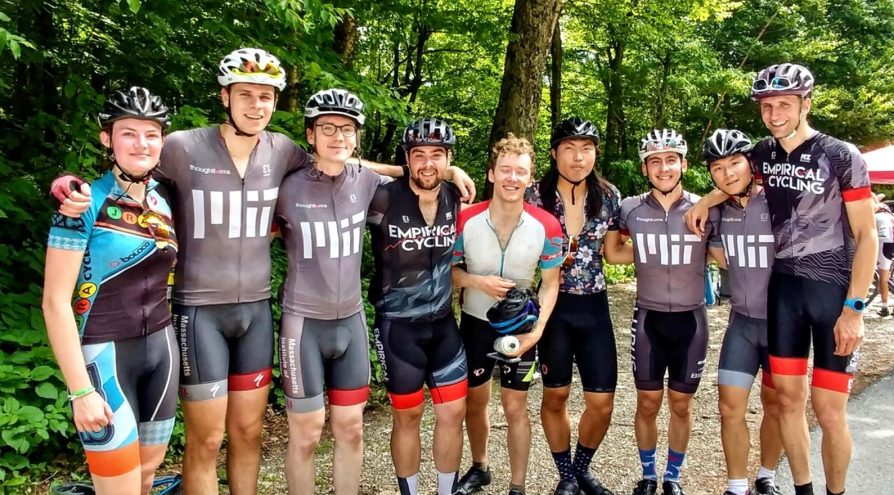 This summer, a group of MIT cyclists headed to Vermont to tackle the ‘Six Gaps’, a 130-mile ride with 12,500 ft of climbing that travels over six passes in the Green Mountains.  The ride includes Lincoln Gap, which has been crowned the steepest mile in America and features a sustained grade of 24% near the top.

Read below for some pictures and accounts of the ride!

Enjoying the Vermont scenery on a beautiful, sunny day.

Cosmo said:
“Six Gaps was the hardest ride I’ve done by far: longest distance, highest elevation, most time in the saddle, and the first time I’ve had to eat a Pop-Tart. It was too much for my Garmin, which gave out after 98 miles and 8000 ft, with two gaps still to come. Going up Lincoln, the steepest of the six, I felt good, apart from the odd unsettling moment when my front wheel reared up on the steepest sections; by the time we hit the penultimate gap, Rochester, I was having as much Type 2 fun as I could manage, cursing my way up the climb. Suffering purifies the soul. I’ll be back next summer.”

Taking in the view at the top of Appalachian gap, our third gap of the day.

Andrew said:
“All in all, Six Gaps was the epitome of type 2 fun: pushing ourselves to the limit, going through thoughts of regret throughout the ride, but feeling the sense of accomplishment in the aftermath. This ride made me realize that cycling climbs are an eating contest, in that for myself to produce consistent power I need to be at a replenished state. Endurance, the key to these long rides, is a function of not only training but also consistently eating throughout the ride to feel strong. I learned this lesson the hard way while climbing Roxbury gap (the 4th gap) and hitting my proverbial wall. After descending the gap, at the next general store I bought my Arizona, Gatorade, and Swedish fish, and quickly fed myself with 1000 calories. I felt a lot better afterwards. After all, in a way cycling is a way to mask my desire to eat as much as I please :P” 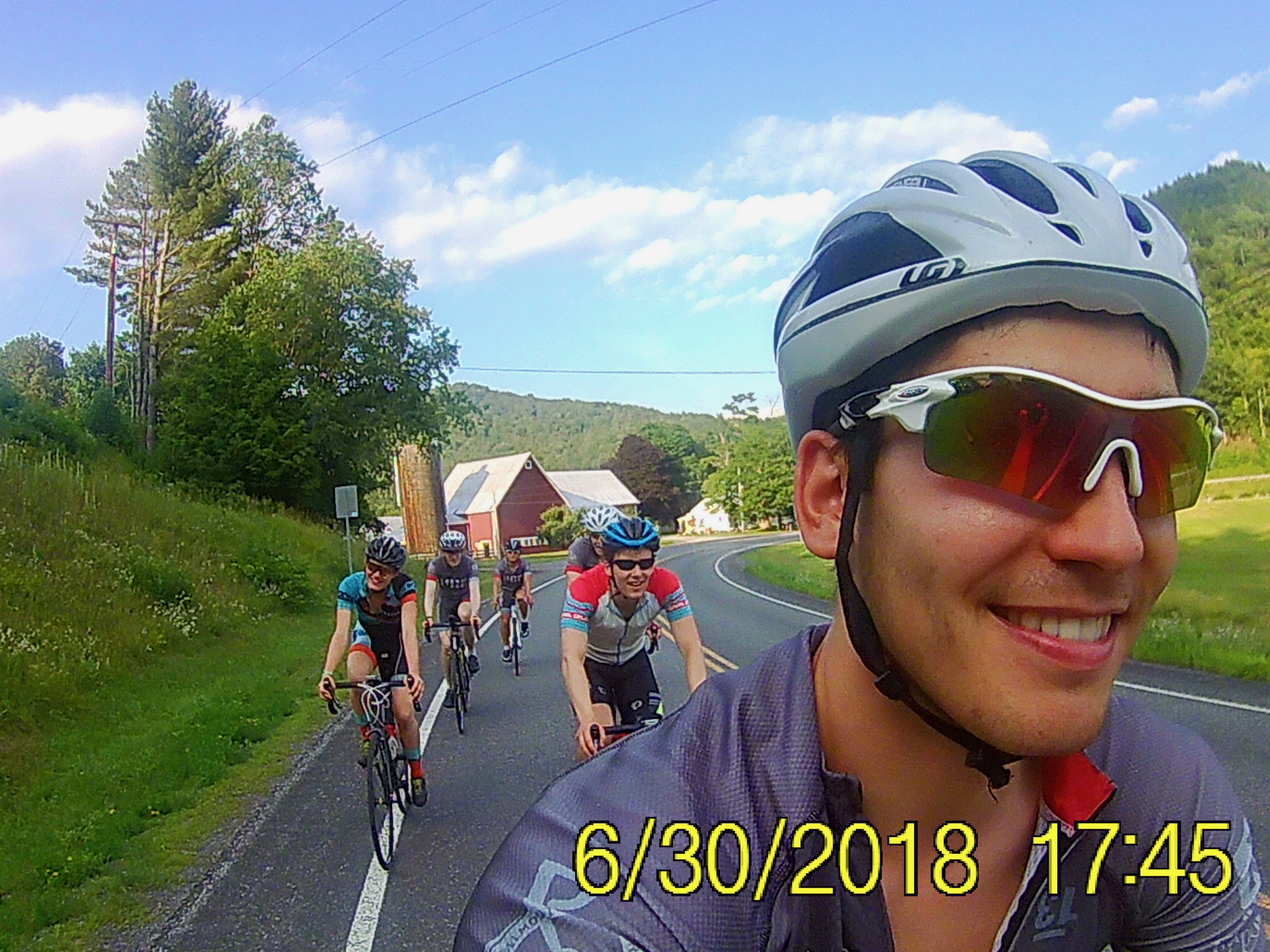 All smiles on the flats!

Jack said:
“Six gaps was definitely one of the hardest rides I’ve ever done. Though I borrowed a 11-28 in place of my 11-25 cassette right before the ride, apparently it was still not big enough. I unfortunately got a cramp in my leg on the third gap. Due to the cramp, I wasn’t able to use my leg muscle to pull the pedal up, as I’d usually do on a climb, but I still managed to finish the last three gaps by simply pushing down on pedals, which was extremely slow but worked out well. Anyway, I’m glad that I finished it and got another cross on the riding checklist!” 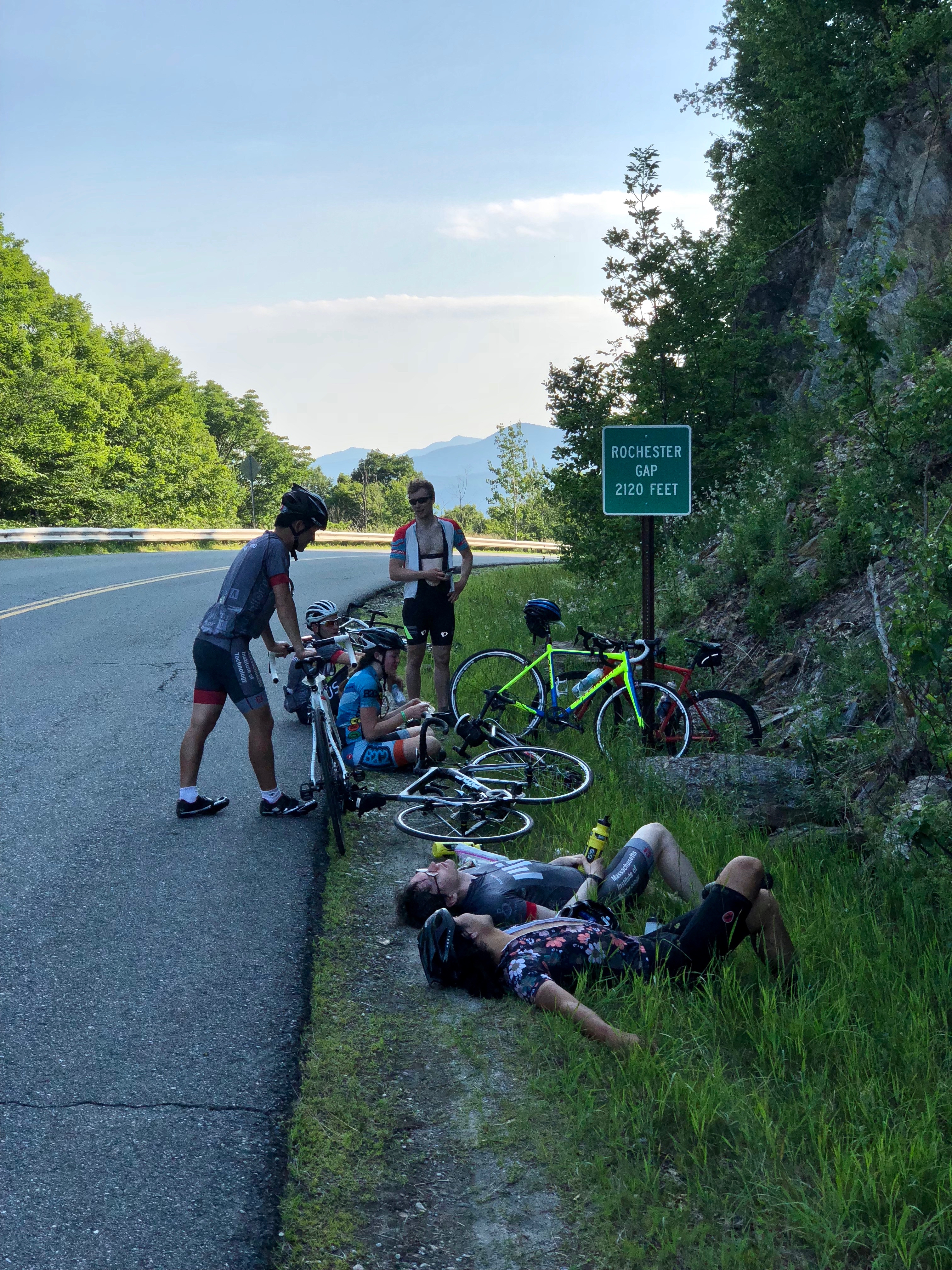 Recharging at the top of Rochester gap, our fifth gap of the day.

Miles said:
“The first part of the ride was mostly downhill or flat and with a large group we averaged 39km/hr over the first 25km. A week before Jacob had advised me that “six gaps is really not that bad” and for the first hour I believed him. Then, reality hit, as we encountered Middlebury gap and I started to realize what I had signed up for.  Middlebury was OK and had an amazing descent, but then came the Lincoln gap, which was brutal.  Seriously, had the people who built this road never heard of switchbacks? During the last kilometer of the climb, I was constantly on the brink of falling over and averaged about 7km/hr, all while putting out threshold power. But, we made it up! The rest of the ride followed a repeatable pattern: struggle up the climbs cursing when the grade hit >10%, become furious when the grade subsequently hit >15%, force down some food at the top, and then feel absolutely amazing and that it was all worth it on the descents. All in all, it was an amazing ride that I would definitely do again!” 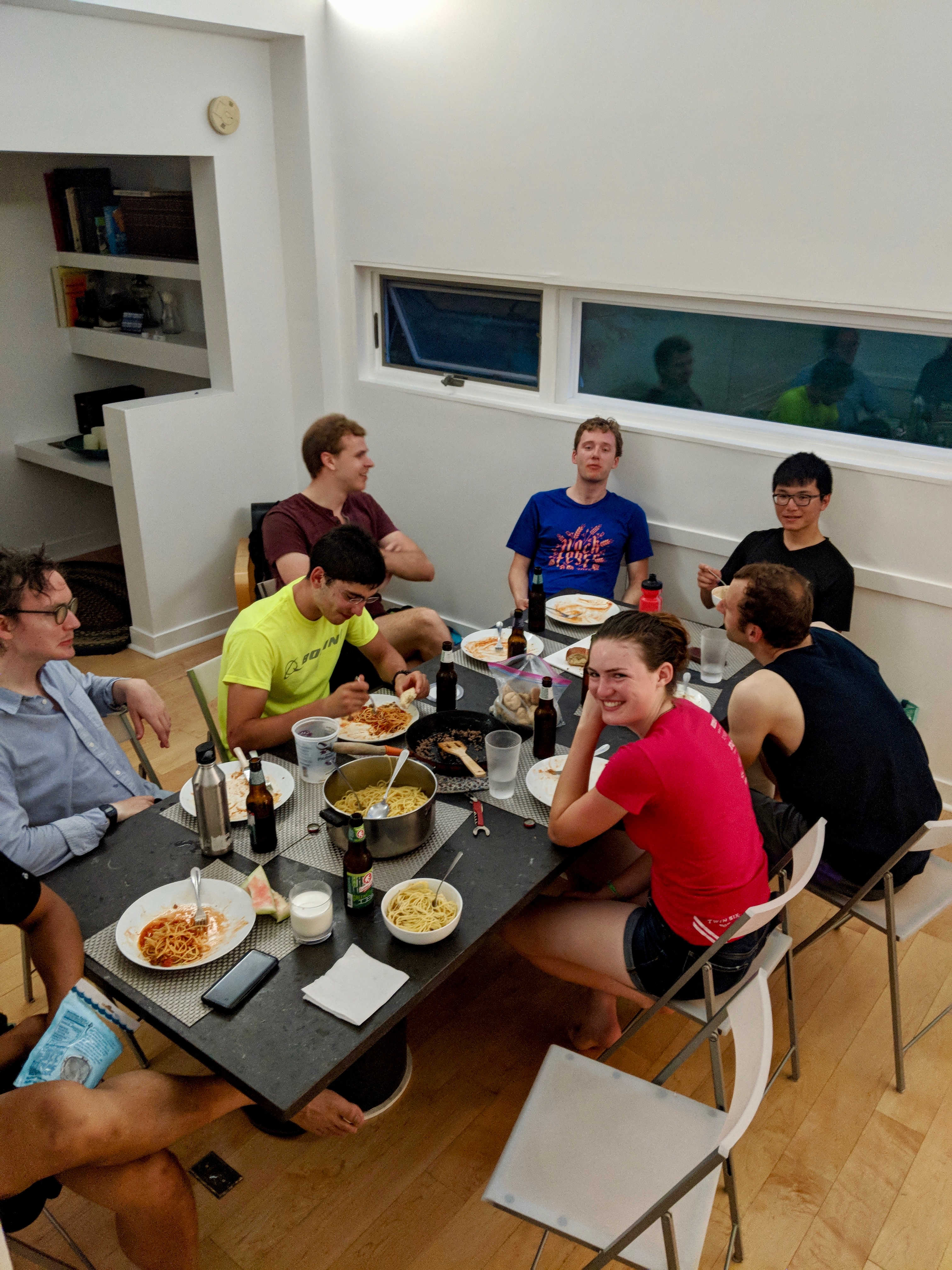