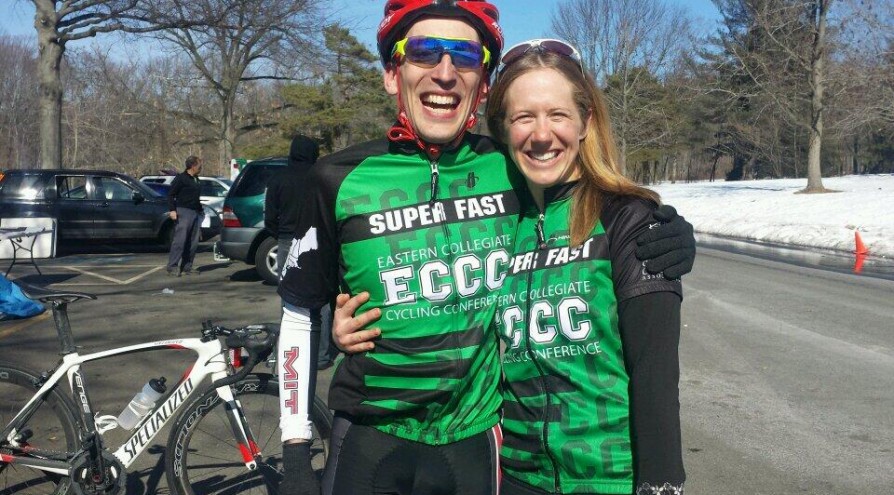 The race season got off to a start without the usual prologue and a TTT instead, composed of Ben, Spencer, and Ethan (the diesel engine C rider who got dragged up to help us out).  We got off to a rough start with Ethan not quite making the first turn 300m in, leaving Spencer, Ben and myself for most of the course. Spencer reminded us what it’s like to rotate smoothly with his years of TTT experience, Ben showed how much stronger he is over last year, and we finished a respectable 2nd place overall (the first Men’s A TTT we haven’t won in over two years).  Revenge will be swift the first weekend we bring a full contingent of A-men to race.

I was excited for the Saturday road race, having gotten 2nd out of the break last year.  I knew Erik Levinsohn was the man to beat, being one of the best climbers in New England at the moment (and having dropped me more times than I can count in the past three years).  On the first sharp hill he attacked and got clear, and went on to solo for the win, foreshadowing for every collegiate road race he enters this year.  I suffered a tire blow-out on the second lap, bringing my race to a quick and unfortunate end, but Ben went on to finish solidly in a reduced pack.

I was eager to race on Sunday; the course was just about the best possible “crit” for me, very similar to the Rutgers circuit race that I had won solo in the B’s two years ago, and lapped the field in last year.  With fresh legs from my short road race, I was eager for a hard effort.  The neutral start was, as always, not actually neutral, and the heavy breathing I heard around me while riding tempo up the climb let me know how tired everyone was from the day before.  I spent the first two laps near the back of the field watching Penn State and others attack up the climb, and knew that I had to make a move or I’d miss the selection.  After the first prime, the pace was much slower, and Dominic (North Eastern University, and now a GLV teammate) was up the road.  I knew he was in good form having won a cat3/4 race solo the week before, so I attacked, got him in my draft, and pulled as long as I could over the climb to give us some more separation before rotating.  The next time up the climb I pushed hard as I could to get some more separation from the field and unfortunately popped Dom off.  I didn’t want to go it alone, but figured a small break would probably catch me soon.  I spent the next hour riding as steady as I could, getting some encouragement from Ben/Spencer, and finishing solo for my first A-race win, two years and one day after my first A-race. 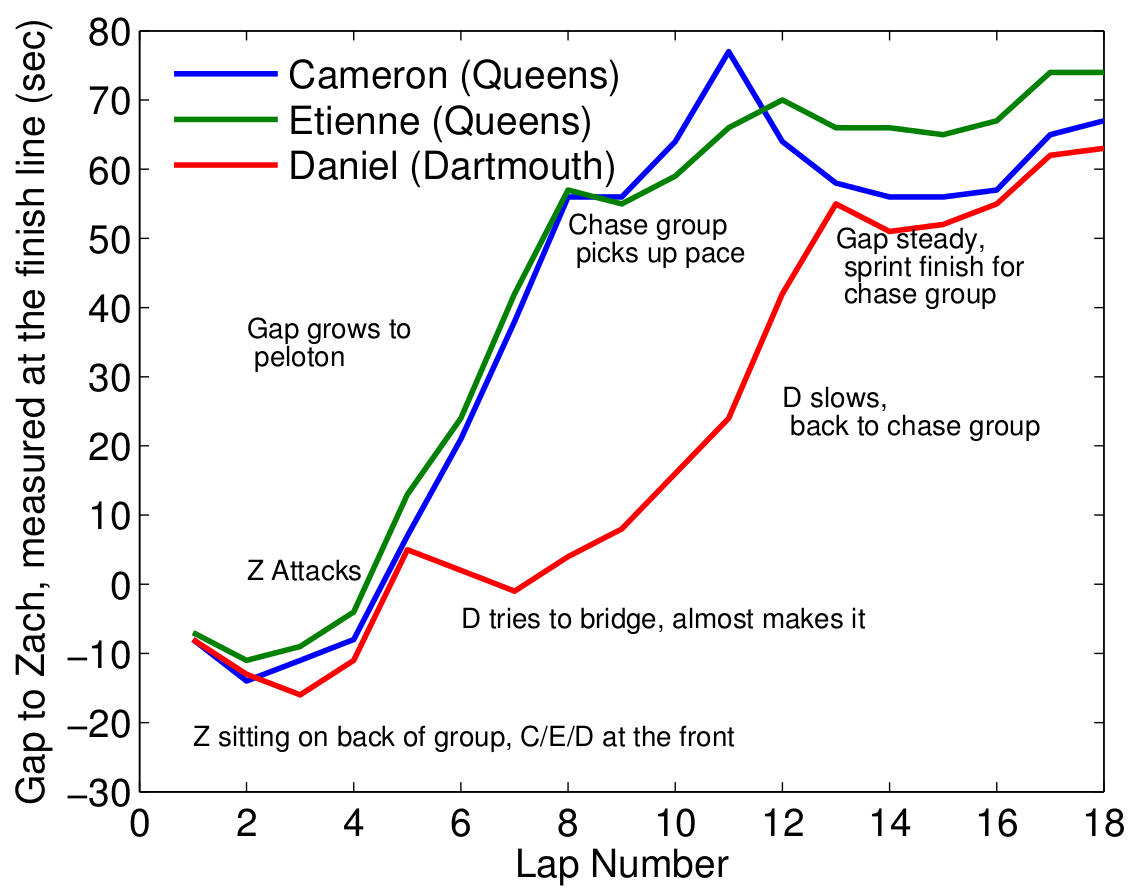